Tom Latham scored 137 in 269 balls against Pakistan in the 2nd Test at Dubai.

New Zealand star batsman Tom Latham’s dad Rod Latham has revealed that his son is really a pretty focused sort of kid and has always wanted to do well at whatever he does.

Tom displayed his steely resolve in the first Test against Pakistan in the United Arab Emirates as he scored 137 in 269 balls over six and a half hours, in the relentless Dubai heat while facing a Pakistani attack.

This was after a similar effort in the first Test against Pakistan in the UAE, where Latham, just 22, had ground out 103 in 222 balls and after five hours at the crease, while his senior teammates had withered, Stuff.co.nz reported.

Rod said that his son likes the odd joke, but added that Tom is reasonably serious when it comes to his cricket. He said that Tom is a pretty focused sort of kid, really, adding that he has always wanted to do well at whatever he does.

Latham senior is well placed to understand the world of cricket, having played in four tests for New Zealand in 1992 and 1993 and 33 ODIs between 1990 and 1994. Rod said that Tom has seen what cricket can do to a player, in both a good way and in a detrimental way, adding that he knows what it’s like when one is having the downs, and it’s not easy.

Rod admitted that Tom has had those before, so he can understand that and can talk to his son about it. Rod revealed that he has always told Tom, that he is going to have good days and bad days, he has just got to try to eliminate as many bad days as he can and be as consistent as possible. 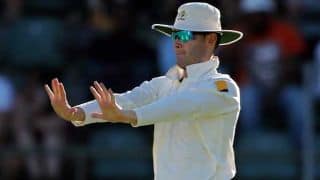 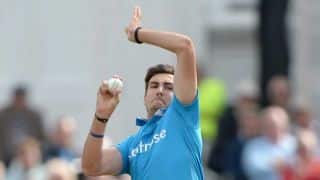