Two years back, during the India A tour of Australia, Kedar Jadhav played in similar fashion despite being in pain.

Kedar Jadhav hit a blistering hundred to help India stun England by chasing 351. His magnificent century helped India win the match by 3 wickets in the first One-Day International in Pune on Sunday, after having lost 4 wickets at the score of 63. The local boy Jadhav, who recorded his second ODI ton in his 13th game, hit 12 fours and 4 sixes in his 76-ball knock. After completing his hundred, Jadhav started cramping and looked in pain but stood firm at the crease and kept the chase on. Jadhav looked high on confidence and the English bowlers were hapless in front of him, as their main focus was on skipper Virat Kohli.

Jadhav s confidence took the entire England side by surprise. Talking about his confidence levels, Jadhav was quoted saying that he has this attitude since childhood. “I have had this attitude since childhood that whatever I do, I do it from the bottom of my heart. On the field, the only intent is to make your team win,” Jadhav told Mid-Day. Jadhav s struggle for fitness began when he was in his 90s but continued the run-fest after popping a pill. The cramp returned to trouble Jadhav just before the ball he hit for a six to complete his second ODI ton.

Couple of deliveries after that, Jadhav fell on the ground but he stood again and gave the example of his fighting spirit and hit another six. Jadhav looked better after suffering initially, but he lost his wicket after scoring 120.

This was not the first time Jadhav was facing such situation. Two years back, during the India A tour of Australia, Jadhav played in similar fashion despite being in pain. “One such incident was in Australia two years ago. I was touring for India ‘A’ and started feeling pain in my hand. I continued to play despite the pain. I returned after 20 days and got a scan done. It revealed that I had a fracture (in the wrist). I realised that if I could perform well in Australia despite carrying a fracture, I can bear any pain,” Jadhav revealed. 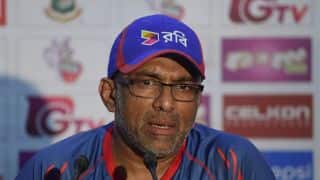 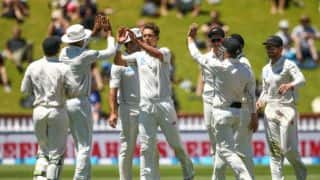