Virender Sehwag reckons that the current Indian team has the capability to engineer a comeback in the ongoing five-Test series against England.

Virender Sehwag reckons that the current Indian team has the capability to engineer a comeback in the ongoing five-Test series against England. India conceded a 0-2 lead after losing at Edgbaston and Lord’s but cut down the lead to 2-1 after a terrific win at Trent Bridge.

The last time a team managed to beat England in England after trailing 0-2 was under Don Bradman when Australia won a five-match Test series 3-2 in 1936-37. Under in-form captain Virat Kohli, India are aiming to replicate that comeback.

Sehwag it’s a difficult prospect but not impossible. “Under the captaincy of Virat Kohli, India can defeat England 3-2 to win Test series,” Sehwag was quoted as saying by the India TV on Monday. “It’s tough but not impossible for the current set of players to win the Test series from this stage.”

Kohli’s stupendous form has played a vital role in India keeping the series alive. He has two centuries and as many half-centuries to his name in six innings so far and already has scored 440 runs.

Sehwag is hopeful that the 29-year-old will continue his form and lead India to series win. “Not just players but the entire nation has its faith in Virat Kohli. India is excessively dependent on their skipper. We hope he continues to score runs in following Test matches as well and take his team to the series triumph,” he said.

The fourth Test starts from August 30 at Southampton. 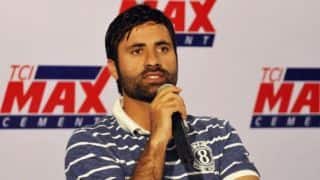 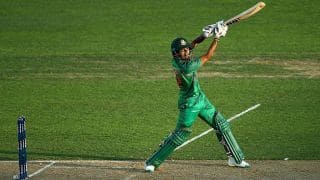