Trevor Bayliss says England team has come a long way since the debacle at the World Cup last year but still have plenty to learn.

London: England cricket coach Trevor Bayliss says the team has come a long way since the debacle at the World Cup last year but still have plenty to learn. England were knocked out of the World Cup at the group stage. “They are playing some extremely good cricket, it’s a real good feel among the group at the moment,” Bayliss was quoted as saying by the BBC on Sunday. “It gives them confidence to go out and play their natural games. We’ve seen that with the batting, with a number of scores over 300, and the bowling is always improving. We’ve got a fair way to go, a number of things to learn, probably more so from the bowling than the batting, but things are exciting – that’s good news for the cricket fans,” he added. England should not be satisfied by just winning the Test series, believes Trevor Bayliss

Bayliss also said with new players coming in to the One-Day squad it will benefit the team in the next year or two. “We’re learning more and more about the players all the time. Hopefully in the next series or two we’ll be a lot closer to realizing what our top 15 to 20 are. The players in the team are naturally attacking-style players and if that comes off more times than not, well then the team’s going to score more runs and take a lot of wickets. Yes, we’ve got to be more consistent, but I think that will come with more experience these young players get over the next year or two,” said the 53-year-old. 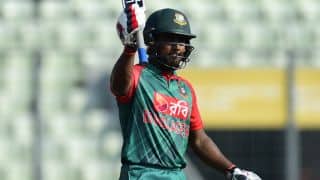 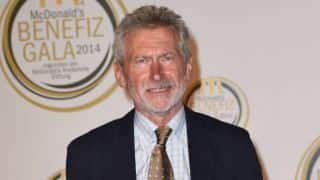