Bayliss, who has coached in both the IPL and BBL, said any international T20s should be held in a limited window based around the ICC's T20 World Cup.

England coach Trevor Bayliss has called for T20 matches to be cut from the international calendar to ease the burden on top players and coaches. Speaking after his side failed to qualify for the trans-Tasman T20 series final in New Zealand, Bayliss questioned the wisdom of retaining the format at the top level. Instead, he suggested administrators could ease international fixture congestion by leaving T20 to domestic competitions such as India’s IPL and the Australian BBL.”I wouldn’t play T20Is, I’d just let the franchises play,” Bayliss told Sky Sports.

“If we continue putting on so many games there’ll be a certain amount of blowout, not just players but coaches as well.” The Australian, who has coached in both the IPL and BBL, said any international T20s should be held in a limited window based around the ICC’s T20 World Cup.”If you want to play a World Cup every four years or whatever it is, maybe six months before you get the international teams and let them play some T20 internationals,” he said.

Bayliss’s England have struggled for form in the T20 tri-series, missing key players in the wake of the Ashes and one-day international series in Australia. They edged past New Zealand with a two-run victory in Hamilton on Sunday but failed to qualify for Wednesday’s final against Australia due to an inferior run rate. The tourists still have a Test and ODI series to come in New Zealand and Bayliss said coaching all three formats on such a marathon tour was challenging.

He said it made sense to split coaching duties between different formats.”If you go to a swimming tournament you’ve got 1500m specialists and 100m specialists,” he said. “I think it’s definitely the way it’s heading, not just with the players.”

Bayliss announced last month that he would step down as England coach when his four-year contract ends next year. Bhuvneshwar Kumar: Chalked out plans according to South Africa's bowling 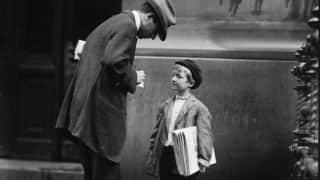