Efforts by the TTCB to reach the Permanent Secretary at the Ministry of Sport on this matter were futile.

The Trinidad and Tobago Cricket Board (TTCB) has blamed the government after the country missed the deadline to submit a bid to host one of three Tests matches between West Indies and England in the Caribbean next year.

The TTCB has said the bids were sent to the Prime Minister’s Office of the respective countries and not to the territorial boards, and that no bid was sent to the West Indies Cricket Board (WICB) from the Trinidad government even after it got the deadline extended, reports CMC.

“In T&T’s case, the TTCB was informed upon enquiry that the PM had directed the documents to the ministry of sport for it to follow up with the bidding,” said the statement from TTCB.

“Efforts by the TTCB to reach the Permanent Secretary at the Ministry of Sport on this matter were futile. The TTCB contacted the WICB to find out if in fact a T&T bid was sent in to which a negative response was received.”

The WICB announced on Monday that Antigua’s Sir Vivian Richards Stadium, Grenada’s National Stadium and Kensington Oval in Barbados, will host the three West Indies Tests against England in April.

“The TTCB asked the WICB to extend the deadline for bid submission and tried to get the ministry of tourism to make the bid or at least provide the necessary government’s guarantee which must accompany any bid being sent by the TTCB,” the statement said. 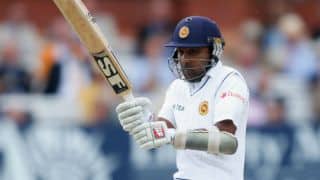