Virat Kohli is in god like form capable to do anything and everything that can be done by a batsman. When he entered the tournament, he didn’t had a single hundred under his belt and now he has four. Kohli has now 865 runs in this season of Indian Premier League (IPL), which is already a record in it’s own. He was able to reach this feat with seven stitches in his hand which will be inspirational for many youngsters all over the world. No wonder Royal Challengers Bangalore (RCB) were able to stage a comeback after losing close matches early on in the tournament.

Is he for real? As a batsman, off days are normal in T20 cricket! @imVkohli clearly doesn’t know that! Salute to his consistency! #RCBvKXIP

Away from all the Ipl action. Seems like I’ve missed a very special one from @imVkohli.

How many adjectives can one use to describe @imVkohli batting? He’s on a celestial journey all on his own. A privilege for all of us. #IPL

Virat Kohli is the first batsman in the IPL to score a century in a reduced game due to rain. He scored 113 runs from 50 deliveries with the help of 12 fours and 8 sixes. At one point it seemed like Virat was having a battle of sixes with Chris Gayle hitting sixes one after another. Virat Kohli also becomes the first batsman to score 4000 runs in IPL. He is on a record-breaking spree this IPL, determined to take his side into playoffs after a bad start in the season.

Very happy for u bro @imVkohli . Too see you conquered the cricket world with so much class!! 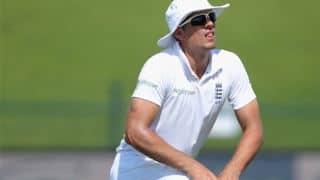