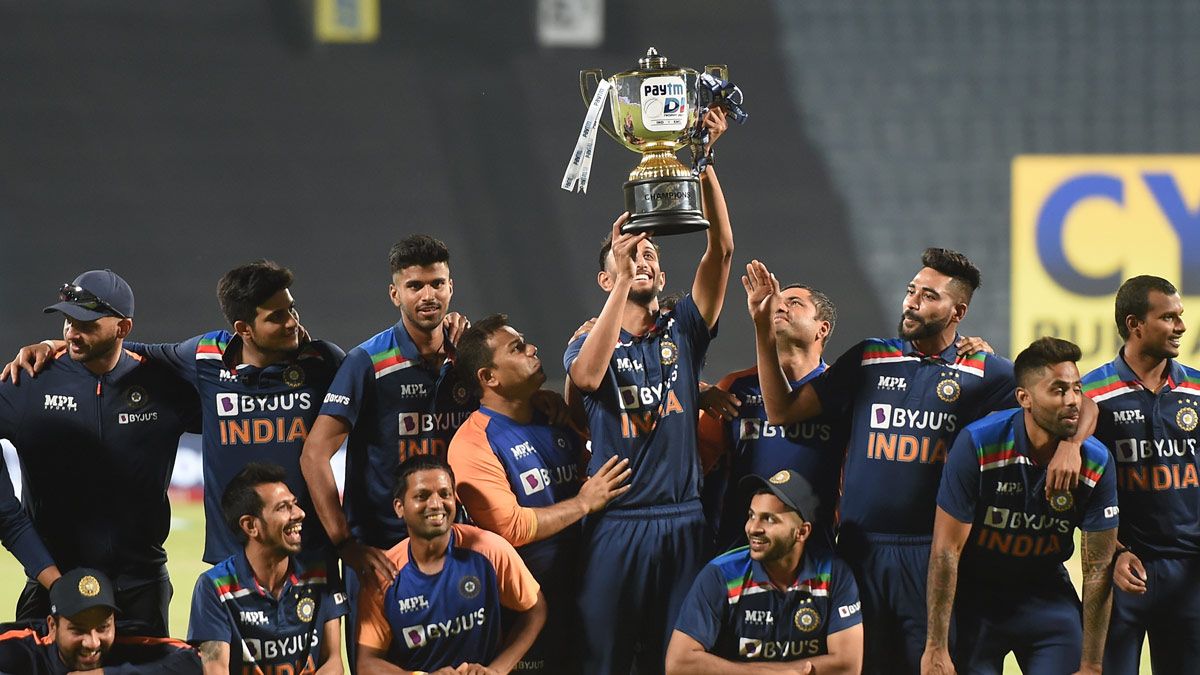 Pune: With their seven-run win over England as the series-decider produced a last-over thriller, India finished a remarkable run during which they defeated Australia in an away Test series before getting the better of England in Tests, T20Is and ODIs at home amidst the coronavirus pandemic. Team India head coach acknowledged the enormity of their success, wishing Virat Kohli and his boys for producing a ‘season of a lifetime’ against two of the best teams in the world.

The run also saw India making the final of the ICC World Test Championship where they will take on New Zealand later this year in June. India’s journey began with the white-ball matches in Australia where they bounced back after losing a closely fought ODI series. It was followed by a three-match T20I series which the tourists won 2-1 and then they also bested their hosts in the Test series as well, winning it 2-1 despite being ravaged by injuries to several first-choice cricketers and absence of captain Kohli.

“Congratulations Guys for holding up and having a season of a lifetime in toughest of times across all formats and hemispheres against 2 of the best teams in the world. Take a bow #TeamIndia #INDvsENG,” Shastri wrote soon after India stopped England on 322 while defending a target of 330 in the third and final ODI in Pune on Sunday.

Here’s how others reacted

Congratulations Guys for holding up and having a season of a lifetime in toughest of times across all formats and hemispheres against 2 of the best teams in the world. Take a bow 🇮🇳🙏🏻 #TeamIndia #INDvsENG pic.twitter.com/8UnGPZfMY4

If you are persistent,you will get it.

If you are consistent, you will keep it. Congratulations #TeamIndia #3-0 #Champions 🇮🇳 @BCCI pic.twitter.com/XheKhv5qxZ

Tough fight last night, but what a fantastic win for us. Winning the match and the series, splendid feeling. #TeamIndia pic.twitter.com/5qgu2wg7QK

What a game ! Unlucky Sam Curran could not pull that off after such a great knock ! Natrajan so good under pressure after such little experience!🙌🏻 congratulations team 🇮🇳 to win all 3 series ! @RishabhPant17 special knock ✊ @BhuviOfficial top spell @imShard #INDvsENG

The whole Tour of India has been great to watch … tremendous skills,lots of drama,bit of controversy & plenty of talking points … Bloody love cricket … #INDvsENG

What a way to finish the series! Top knock, Sam Curran, but india just about managed to sneak home. A fitting end to a remarkable four and a half months for this indian side that should be proud of everything it has achieved! #INDvsENG

Game worthy of a series decider between two top sides. England’s belief in their Gameplan is exemplary. India’s tenacity to win do-or-die games is the stuff that champion teams are made of. Thoroughly enjoyed calling the entire England’s tour of India. #IndvEng

Sam Curran is some talent and he nearly pulled it off for England. But in the end, Khaali haath aaye thhey, khaali haath jaayenge England waale. Good win for Team India but across formats this has been a well fought series. #INDvsENG pic.twitter.com/haA3krhgHw

Curran kept refusing singles when Wood could well have struck a few lusty blows. But what a game! Congratulations India, enjoy the series win and Happy Holi

Indian cricket stars will next be seen in action from April 9 when the 14th season of the Indian Premier League will get underway. Defending champions Mumbai Indians will kick off the season squaring off against Royal Challengers Bangalore in Chennai in the tournament opener. 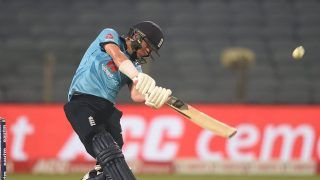 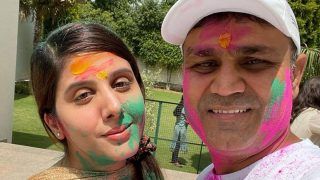