Shikhar Dhawan and Rohit Sharma started things well for India chasing 270 against South Africa in the first ODI at Durban. Rohit was soon dismissed on 20 by Morne Morkel, Dhawan however was looking in good touch until a miscommunication with Virat Kohli that cost him his wicket.

Dhawan was unaware of where the ball was after Chris Morris appealed for a LBW. Kohli forced him for a run. Aiden Markram was quick to pick up the ball and release as Dhawan was well short of his ground.

However, twitterati saw the funny side of it and poked fun at the incident.

Dear Shikhar Dhawan, you must be remember that Virat Kohli is the captain.#INDvSA

Shikar Dhawan seems unhappy with the master Virat Kohli be careful mate you might end up as either Gambir or Kumble!#SAvIND pic.twitter.com/aTP7vY1skV BrainFaden Smith (@brainfadesmith) February 1, 2018

Kohli dropped Shikhar Dhawan after 1 Test and now ran him out in the first ODI. Is he still friends with him? #TheNationWantsToKnow

Kohli : *Opens with him next time*#INDvSA #SAvIND

However, Kohli and Ajinkya Rahane have built a 100-run stand for the third wicket putting India in a good position in the game. If India wins the game it would be their first ODI victory against South Africa in Durban. 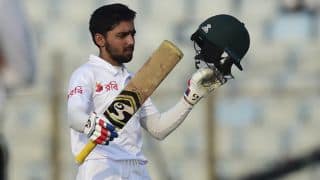