Twitterverse paid tribute to Rahul Dravid after the 'Wall announced his retirement on Friday. Wall for team but a shoulder for team mates. Impregnable for opposition, motivation for us. That's Rahul bhai. Got my ODI & Test cap from him - Suresh Raina. 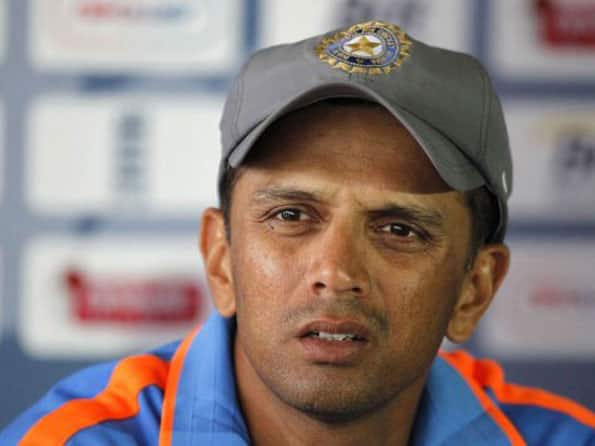 Twitterverse paid tribute to Rahul Dravid after the ‘Wall announced his retirement on Friday.

Here are some of the tweets:

Jam it was a pleasure & privilege to have played with you and your presence in the dressing room always added to our confidence. Will miss u lots

Wall for team but a shoulder for team mates. Impregnable for opposition, motivation for us. That’s Rahul bhai. Got my ODI & Test cap from him.

I wish Rahul Dravid all the best in the future. Rahul thanks for all the Years u have enthralled us with your Cricket. U have always been a gentleman and friend. We will all miss u. You are an inspiration to millions and million of people world over.

Ramiz Raja (@RamizSpeaks)
Dravid, A purist, in this mad world of limited overs cricket with limited edition heroes, whose kind may not be seen again on the field!

Extremely emotional to see my hero bid goodbye to cricket. Thank You for the memories. Words fail me. You’re a legend. #respect

I am lucky enough to play with him and learned a lot from him as a batsman and a human being. You will always be missed on field Rahul Bhai.

1of the best cricketer in the history f cricket retires today.it ws a privilage 2share the dressing room and bat alonside the WALL!

Alec Stewart (@StewieCricket)
Rahul Dravid is one of the all time greats of the game. One of the top 5 batters I played against. Lara Sachin Ponting Kallis the other 4.

Congrats to Rahul Dravid on a fantastic career. He can be very proud about what he achieved and the way he went about his business

Rahul Dravid: A perfect role model #cricket A void which may not be filled for a long time. Good Luck

Thank you Rahul Dravid, the talent of yours will be missed which produced outstanding results, and to keep repeating it took character.

They say sports serve society by providing vivid examples of excellence.To me the most vivid & dependable has to be Rahul Dravid.

Cricket once was a Gentlemen’s game & Rahul Dravid Personified tat. Thanks Rahul for enriching our lives. You’ll Never retire in our hearts 🙂

Rahul Dravid is proof that you can be a cricket star without being a clinging, megalomaniacal twit.

Rahul Dravid has been not just a great player, but a brilliant ambassador, the likes of which we may not see again. Good Luck ‘Wall’.

The WALL fell today, in single piece. Not broken!

As is usual in India, they could name a street after #RahulDravid. But then, the Americans have already done it. Wall Street.

Rahul Dravid – A Thorough gentleman with courage, ability, sportsmanship & grace, encompassing the true character of the game! hats off!

Rahul Dravid is the Rajinikant of Test Cricket.

Just hugged the wall of my room and said Goodbye. Closest I could get to #RahulDravid.