According to SLC, the two men were seen "behaving suspiciously" and "making repeated calls on their mobile phones" during the match.

Two Indian nationals have been arrested in Sri Lanka by the country’s anti-corruption unit on suspicion of match-fixing during a domestic Twenty20 match, Sri Lanka Cricket (SLC) has announced today.

AFP quoted an SLC official as stating that it “saw suspicious behaviour of the two Indians and ACU (anti-corruption unit) officials handed them over to the police for further investigations” following a SCL T20 League game in Dambulla on Saturday during which two suspicious individuals were removed.

According to SLC, the two men were seen “behaving suspiciously” and “making repeated calls on their mobile phones” during the match.

On Tuesday, SLC said it had instructed Sri Lankan cricketers to inform the authorities of any attempt to approach them to fix matches. AFP reported that authorities have said that the SCL T20 League, though not a major tournament, still attracts match-fixers. In this regards, SLC has increased the deployment of officials at grounds and team hotels. 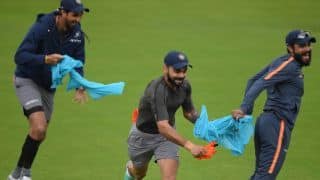 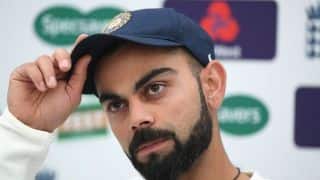 If Nottingham was hard work, Southampton is going to be even harder: Virat Kohli