Aditya Swaroop Singh and Ashutosh Kumar have been suspended for two years.

Jharkhand State Cricket Association (JSCA) has suspended two Under-14 cricketers of Ranchi for two years as they produced fake birth certificates, an official said on Monday.

JSCA officials found that the birth certificates produced by the two players were different to those which they had produced to the Association last year, he said.

The suspension was enforced during the inter-district U-14 elite group match at Birsa Munda stadium in Chaibasa, West Singhbhum on Sunday, Singh said.

Last year too, JSCA had suspended 33 Under-16 cricketers for two years for producing fake age certificates. 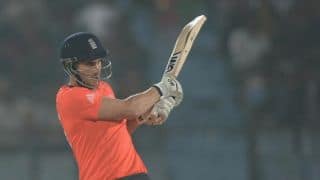