The 12-year-old victim from Gujarat was part of an 18-member Indian team, who were in the country to take part in a U-17 tournament.

In a tragic incident, a U-17 Indian cricketer was found dead in a hotel swimming pool in Sri Lanka. The 12-year-old victim from Gujarat was part of an 18-member Indian team, who were in the country to take part in a U-17 tournament. As per local media reports, four members in the squad were in the swimming pool of a hotel in Pamunugama on Tuesday evening when the incident took place. It was also reported that the boy, who reportedly drowned, was rushed to the hospital where he died. As per media reports in Gujarat, the victim was identified as Narendra Sodha, a native of Surat.

This is not the first time a teenager has lost his life. In Australia a domestic cricketer lost his life drowning on the lake. One can also not forget the Phillip Hughes incident that left cricketer fraternity shell shocked. The recent ones include a Pakistani domestic cricketer who lost his life after being hit by a bouncer during a domestic match at Mardan, the province of Khyber Pakhtunkhwa on 14 August. The budding Pakistani cricketer was hit on the head by a bouncer with reports claiming that he wasn’t wearing a helmet. Ahmed, who had played four List A matches and represented the T20 team Quetta Bears, was part of the Fakhar Zaman academy.

Even David Warner was hit on with a blow on his neck by a bouncer from Josh Hazlewood during Australia’s intra-squad match at Darwin ahead of the Bangladesh Test series. 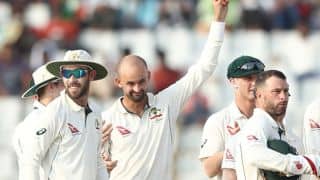 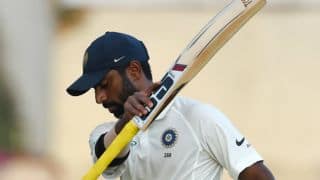