Malinga said the only way he can contribute to the game in the country is by continuing to play. Sri Lanka’s Lasith Malinga, who in March earlier this year, has stated that he will retire from the game after the Men’s T20 World Cup in Australia next year, has now stated that he is willing to play beyond the showpiece event and is looking to contribute for his team in the shortest format for at least two more years.

The 36-year-old, has already announced his Test and ODI retirements. He is currently leading the side in T20Is.

“T20 is four overs and I feel, with my skill, I can manage T20 as a bowler. As a captain, because I’ve played so many T20s around the world that I feel I can manage that period for maybe another two years,” Malinga told ESPNCricinfo.

He also hinted that his value would there as a captain, which he is now currently, and hopes the board will back him.

“(Sri Lanka Cricket) said for the World Cup I have to be lead there but you never know in Sri Lanka,” he said.

Sri Lanka are battling through a prolonged spell of transition phase and have been struggling at the international level. Malinga feels that the team needs consistent performers and they board needs to back players coming up through the ranks. He also added that he wants to part of the team so that he can guide the young players.

“Sri Lanka are lacking that skillful bowler, they lack those consistencies. We can’t get one year, one and a half years, all fixed, it might be that we need to get patience, maybe two or three years,” he said.

“Consistency is very important. I feel whoever is doing the next selection have to understand that (for) people (to learn), they have to be there. If he’s on the bench, nobody can learn,” he added.

Malinga said the only way he can contribute to the game in the country is by continuing to play.

“If I believe I can give something for the youngsters, then I need to be there. I can tell, but now I can show them ‘this is the way how you do it.’ But if I don’t play then I can’t do that,” he said. 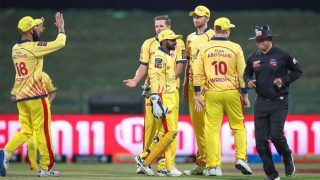 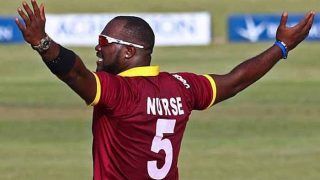