UAE held on to their nerves and ensured that they won the match by 6 wickets off the final ball against Namibia.

United Arab Emirates (UAE) take on Afghanistan in Match 6 of the Desert T20 2017 Challenge at Abu Dhabi. Both UAE and Afghanistan have made excellent starts to the tournament. Afghanistan beat Ireland in their first game by 5 wickets, whereas UAE beat Namibia by 6 wickets off the final ball of the match. Due to a better net run-rate, Afghanistan sit on top of the Group A table and UAE are placed in the second position, both with two points apiece. At the end of this match, one team would have suffered their first defeat of the tournament. Both teams will hope that they are not the one ending up on the losing side.

Afghanistan were set a modest total of 126 to win in their first match by Ireland. Openers Mohammad Shahzad and Najeeb Tarakai got them off to the perfect start, putting on 54 in the opening eight overs. Leg-spinner Jacob Mulder picked up a couple of wickets to bring Ireland back into the game, but Ireland eventual did not have enough runs on the board to trouble Afghanistan. UAE on the other hand were given a run for their money by Namibia. UAE were set a target of 153.

Out of the 4 wickets to fall, UAE lost 3 of them due to run outs. However, they held on to their nerves and ensured that they won the match by 6 wickets off the final ball. They will hope that they do not leave it that late against Afghanistan. 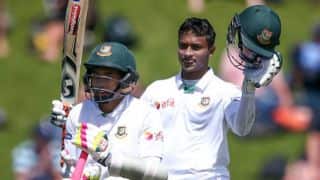