Out-of-form batsman has been included in Pakistan's 15-man squad for the World Cup.

Pakistan big-hitting batsman Umar Akmal and his wife Noor Amna have been blessed with a baby girl. Akmal got married to Amna, who is the daughter of former Pakistan leg-spinner Abdul Qadir, last year, the Dawn reported. An elated Akmal made the announcement on Twitter, where he also posted a photograph of the new born baby. Out-of-form batsman has been included in Pakistan’s 15-man squad for the World Cup, which gets underway from February 14 in Australia and New Zealand.

Earlier, Akmal said all the players have high hopes about the performance in their World Cup opener against India February 15 in Adelaide. We will try to perform our best against India. If we continue with the same form we are sure to emerge victorious, Umar was quoted as saying by dawn.com.

Pakistan play their first match of the ICC World Cup 2015 against India in what is predicted to be the most-watched encounter in history. 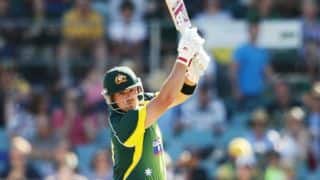 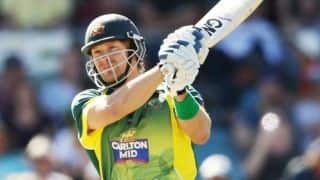