Former Pakistan Test opener Aamer Sohail believes Umar Akmal’s chances of making a comeback into the national side have been greatly diminished after his allegations against head coach Mickey Arthur. Akmal had accused Pakistan head coach Mickey Arthur of abusing him and barring him from practising at the National Cricket Academy (NCA). In his allegations against the Pakistan head coach, Akmal maintained that he was dropped from the team for the Champions Trophy after unjustified warning and wasn’t allowed to take the fitness test. And Sohail admitted that he feels Akmal’s allegations has come out of frustration in the manner in which his career is progressing.

“It appears that there is a new controversy brewing in Pakistan cricket with Umar Akmal’s allegations of abusive language used by Pakistan Head Coach Mickey Arthur. In my view, there is little doubt in the fact that Umar Akmal is doing this out of frustration at the manner in which his career is progressing so far. There was a lot of promise in his career at the onset but that has failed to materialize and not been fulfilled,” Pakpassion.net quoted Sohail as saying.

The Pakistan Cricket Board (PCB) had refuted to the allegations made by Akmal with regards to his omission from the ICC Champions Trophy squad, saying that the middle-order batsman is making a bogus attempt to deviate attention from his own failures.

Issuing a statement on Friday, the PCB said, “While making frivolous allegations against the national team management, Umar has made a bogus attempt to deviate attention from his own failings. Umar was given as many as seven chances to improve his fitness and match the standards of his teammates, laid out by the team management.”

However, the 50-year-old insisted that the Najam Sethi-led board have also failed to provide adequate support to the batsman.

“The PCB on their part have also been lax in the way they have failed to provide support to the batsman. If he had any drawbacks or faults in his skills or personality, then they should have mentored him in a proper way. If you compare Pakistan to other countries in the world, talented players are given attention and work done with them not only on cricketing aspects but also on matters related to off the field as well,” he said.

Sohail said that Akmal’s frustration after being dropped from the Champions Trophy squad and lack of application from both sides has resulted in matters escalating in this manner.

“I also believe that Umar Akmal’s chances of making a comeback into this team under the current Head Coach have been greatly diminished by his outburst as now there may be an element of personal like or dislike in selection matters. His international career will now go on hold but really what he should have done is to work hard on all aspects of his cricket which were identified as weak by others and followed that route to come back into the team,” he added.

Meanwhile, the PCB awaits Akmal’s response to the show cause issued to him and hopes that in the meantime, the “batsman will refrain from making baseless allegations”.

Earlier, Arthur had brushed aside all allegations levelled against him by Akmal by saying, “He wanted to use Grant Flower’s services for batting. I told him he must earn the right to use the support staff and should first play club cricket. Nobody here should be taken for granted.” 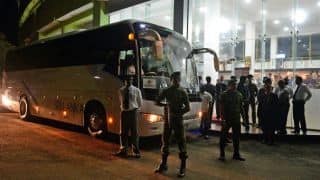 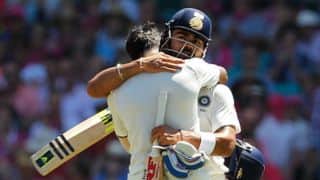