Thakur suffered a right adductor tendon injury during the 2nd Test at Hyderabad and has been ruled out.

The Mumbai bowler, on Test debut, was forced off the field after 10 deliveries with an ankle injury on day one of the Hyderabad Test, with R Ashwin completing the over.

Umesh, who bagged the Man-of-the-Match award for his ten wickets in the match in the 2nd Test against West Indies. last played ODIs for India during the England series claiming one for 63 in his ten overs. England won the match by 86 runs.

The five match series starts in Guwahati on Sunday. 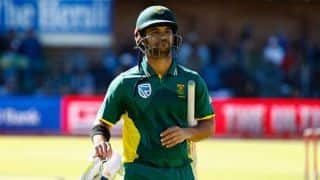