Michael Claughton was left baffled after officials said he could not be considered for the charity.

But Claughton was left baffled after officials said he could not be considered for the charity because they wanted to ensure it was “theologically neutral” and they feared his ancestry could make him biased against the Catholic team, The Telegraph reported.

Claughton’s great-great grandfather is Thomas Leigh Claughton, who was the Bishop of Rochester and of St Albans in the 19th century. He was also professor of poetry at Oxford University between 1852 and 1857 and died in 1892. When Claughton, 65, saw an advertisement for the church cricket match he contacted the Church Times, which has organised the game, to offer his services. He told organisers about his religious ancestry, because he knew this was a church match, and later received a call back to inform him his offer had been rejected.

“A very nice lady said ‘I’m afraid we are going to have to decline because we have decided the umpires could not have any religious background, not Church of England or Roman Catholic,'” he said. “She said the Roman Catholics may consider me to be biased. I found it utterly baffling that they could not accept me, with 18 years’ experience as an umpire, because of this. I’ve played cricket to a reasonably high standard, I’m president of a village club, I’ve umpired for Ashford and now umpire for Wye in the Kent County League,” Claughton said.

Claughton, who is a councillor in Ashfield, says he believes in God but has not held any positions within the church like his great-great grandfather. The Twenty20 match is to raise awareness of slavery across the world and fundraise for the Global Freedom Network. It has been organised by the Anglican weekly newspaper The Church Times and Kent County Cricket Club. Vatican’s first-ever cricket team, dominated by Indians, was blessed by Pope Francis before facing the formidable Church of England XI during their maiden foreign tour. 41-year-old Father Tony Currer, captain of the Vatican side, is its only Englishman, according to a team list. Alongside him are seven Indians, two Sri Lankans and one Pakistani, aged between 24 and 41. 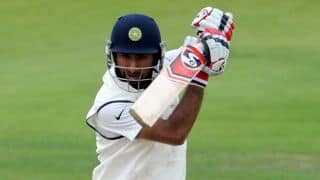 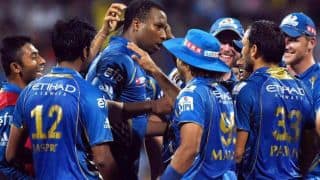