Weraroa, the fielding the side, were outraged with a decision and one of the witnesses describing the fight as "absolute thuggery".

In a gruesome incident on Sunday in New Zealand, a player-umpire was repeatedly kicked by an opposition player during a club cricket match which only ended after police had to intervene.

According to a report in stuff.co.nz, a fight broke out during a match between Horowhenua-Kapiti clubs Paraparaumu and Weraroa due to a disputed decision by a Paraparaumu player-umpire.

Weraroa, the fielding the side, were outraged with a decision and one of the witnesses describing the fight as “absolute thuggery”. (ALSO READ: Mohammed Shami donates money to families of martyred soldiers in Pulwama attack)

According to the witness, one of the players kicked the umpire three times after he was put on the ground by a “sucker punch” from another player. “He had a third kick at him before his team pulled him off,” the witness said.

Another witness, on condition of anonymity, termed the Weraroa players’ behaviour “disgusting”. “I believe his nose is broken then another three or four Weraroa players joined in and proceeded to kick and punch him, he said.

Police arrived at the spot the Paraparaumu Cricket Club at around 3.45pm on Sunday and made no arrests.

“While we are still awaiting details, NZC views any type of physical assault in cricket as repugnant and utterly unacceptable. We will await the results of the investigation before commenting further,” Boock said in a statement to Stuff.

New Zealand cricket have used player-umpires quite often due to lack of official umpires. They are players from one of the teams involved who step in to officiate the match. 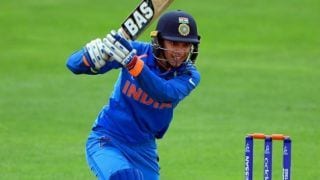 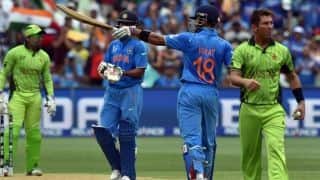 India should not play Pakistan in the ICC World Cup 2019: Harbhajan Singh