The 62-year-old from Auckland was promoted to the ICC Elite Panel in 2009 after serving on the international panel for 11 years.

Hill made his international debut with a One-Day International (ODI) between New Zealand and Zimbabwe in Napier in March 1998, and went on to officiate in 40 Tests, 96 ODIs and 17 T20Is in a 15-year career as a top-level umpire, the ICC said in a statement.

Hill’s final appointment was as third umpire in the fifth Ashes 2013-14 Test in Sydney.

Commenting on his decision, Hill said: “I have treasured my time as an umpire and more recently as an elite umpire. It has been so special officiating internationally among great players alongside the finest umpires in the world.

“This wonderful opportunity as NZC Umpire Coach enables me to continue to be part of this marvellous match official community and work with the aspiring umpires throughout New Zealand. What a challenge and one I look forward to.

“I have thoroughly enjoyed my time with the ICC and feel privileged to have been part of the system at a time when umpiring transformed to what it is today,” he added.

“Tony has given sterling service to the game over many years and his humour, commitment and selfless approach will be sorely missed. He loves cricket and officiating, so we are delighted that in his new role he will continue to serve the game and help New Zealand continue to produce top level umpires into the future.” 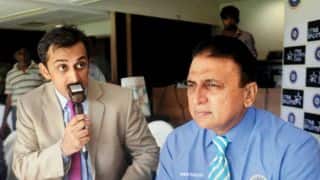