India captain Unmukt Chand on Sunday hailed the "team spirit and obedience" of his boys after they upstaged formidable defending champions Australia to clinch their third Under-19 World Cup title. 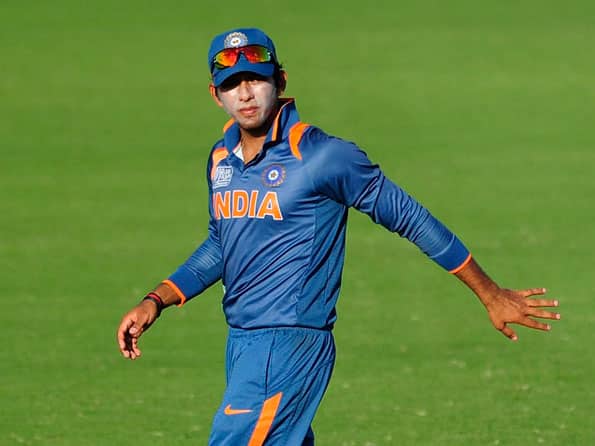 India captain Unmukt Chand on Sunday hailed the “team spirit and obedience” of his boys after they upstaged formidable defending champions Australia to clinch their third Under-19 World Cup title.

“We started two years ago. It has been a great journey. Initially we were 15 people from different states but over the time we have evolved into a single unit. The boys have been very obedient and have helped me a lot in this campaign,” Chand, who was adjudged man of the match for his unbeaten 11-run knock, said.

The Delhi lad’s knock was the bedrock of India’s successful chase of a challenging victory target of 226 set by Australia in bowler-friendly conditions.

Chand, in company of wicketkeeper batsman Smit Patel (62 not out), raised a 130-run partnership for the fifth wicket to help India’s chase.

“It was due. I am thankful to the god that I could take my team through. The Aussies played very well but we came on top,” Chand said.

The skipper also thanked the support staff for their consistent encouragement and said without their help, the campaign would not have been complete.

“I would like to thank the support staff without them it would not have been possible. I would also like to thank my team, we had a great time together. It is a very emotional moment, like to thank all the people in India, who prayed for us and to all the Indian fans at the ground,” he said.

Patel conceded that he was a bit tentative to start with but his skipper showed faith in him which helped him to get going.

“The captain appreciated me, I was a little tentative initially but he gave me confidence and then I got going,” Patel said.

The gutsy right-hander joined Chand at the fall of Vijay Zol‘s wicket in the 25th over but held his nerve to see his team through.

“I stuck to my basics. The coaches have been consistently telling us that if there is pressure, stick to your basics and that is what I did,” he said.

Asked what it was like batting with Chand, who looked in prime touch, Patel said, “He is a fluent player, it was awesome batting with him. We were confident that if we batted together till the end we could do it.”

Meanwhile, Australian skipper William Bosisto, who was awarded the man-of-tournament award for his batting exploits, insisted that a couple of crucial misses in the field cost them the game.

He, however, appreciated his Indian counterpart for the wonderful performance in the final.

“Everyone is pretty depleted. We dropped crucial catches and we were caught on the wrong side. The Indians did a great work. Unmukt is a tremendous player and it is not for the first time he has terrorised us,” Bosisto said. (PTI)