Member of the 1983 World Cup winning Indian team, Balvinder Singh Sandhu feels it is unfair to call for heads of senior cricketers after India s humiliating loss in Australian tour. 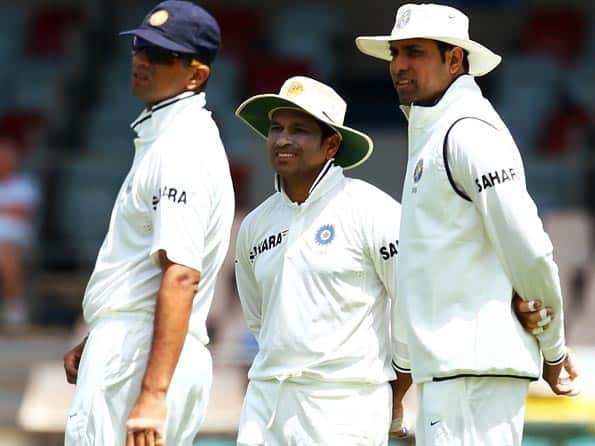 After Indian team s disappointing loss in the ongoing Test series in Australia, questions have been raised about the future of the Big Three of the Indian team Rahul Dravid (L), Sachin Tendulkar (C) and VVS Laxman Getty Images

Member of the 1983 World Cup winning Indian team, Balvinder Singh Sandhu feels it is unfair to call for heads of senior cricketers after India s humiliating loss in Australian tour.

Sandhu wrote in his column in DNA,” It s unfair to say that the ‘Big Three should retire. What they need now is support and empathy. Yes, I agree the team has lost badly despite the presence of experienced players, but this is not the time to take hasty decisions.”

The former fast bowler also added that it is the responsibility of the senior cricketers to chalk out a plan mutually with the seniors to ensure there is a smooth transition within the team. He wrote, “The chairman of selectors must speak with the senior players and the coach to formulate a plan that involves phasing them out as well as bringing in youngsters.

“We must respect the seniors contribution to Indian cricket and allow them to quit on their terms before ensuring that Team India is in the safe hands of GenY.”

Sandhu also suggested few ideas that could be implemented for rebuilding the Indian team.

“Let s take a look at what needs to be done. ‘Forming , ‘norming , ‘storming and ‘performing are the various stages players undergo during the process of team building. When a team starts performing consistently against top teams, a second line of players is trained to ‘storm and replace the non-performers in the main team. The bigger the pool, the greater the pressure on the main players to keep raising the bar. When this happens, the team stays at the top for long,” he suggested.

Sandhu believes though all the major teams go through the process of transition, India has suffered mainly due to poor planning by the Board of Control for Cricket in India (BCCI) which prefers the cash-rich Indian Premier League (IPL) over the betterment of the Indian team.

He wrote,” England, Australia, the West Indies and now India all suffered when their supply line dried up or got diverted. The IPL came to the rescue (financially) of those who could not break into the Indian team. The players Twenty20 skills improved and so did their ‘TRPs . And everybody, including the BCCI, laughed their way to the bank.

“The reputation of the national side always depends on Test performances. And that s exactly where India have been caught napping. Unfortunately, the BCCI has been basking in the glory of a successful IPL season. The powers-that-be have forgotten that it s Test cricket that remains etched in public memory.”

VVS Laxman sweats it out in the nets; the rest shop

Shahid Afridi the most expensive player in Bangladesh T20 league