If everything goes according to plan, then Shikhar Dhawan might see himself opening the innings alongside Rohit Sharma for Mumbai Indians in the Indian Premier League Season 12 next year.

According to a report in Mumbai Mirror on Sunday, Dhawan is unhappy to be part of Sunrisers Hyderabad, his current franchise and has expressed his desire to leave.

Dhawan, who is bound by a three-year contract, had an argument with head coach Tom Moody and the fact that his price tag last season went below expectations during the IPL Players Auction did not go down well with the Indian southpaw.

The report states that Dhawan wanted to be retained as Sunrisers Hyderabad s No. 1 or No. 2 player in the side which could have seen Dhawan walking with a handsome pay cheque of around Rs 10-12 crore. However, the team management decided that they will not spend that sum on the 32-year-old Dhawan and instead released him from the pool and bought him back using the right to match (RTM) card. Dhawan was sold for Rs 5.2 crore.

What could also make the deal come to fruition is Dhawan s growing friendship with MI skipper Rohit. The duo share a good rapport, both on and off the field, which might help expedite negotiation process.

That s right. If we get a couple of good players as a trade-off, we re open to it, a top Sunrisers official was quoted as saying in the report.

The IPL trading below, which is currently open, will close a week before the IPL auction which is scheduled around the third week of December.

The news comes after MI bought wicketkeeper-batsman Quinton de Kock in the IPL’s first trade-off. De Kock was bought by the three-time IPL champions for Rs 2.8 crore on Saturday the same amount RCB spent on securing the services of the South Africa cricketer at the 2018 auction. MI have released Bangladesh pacer Mustafizur Rahman and Sri Lanka offspinner Akila Dananjaya. 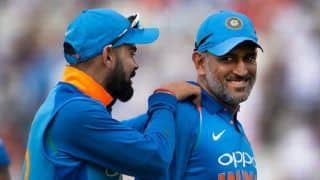 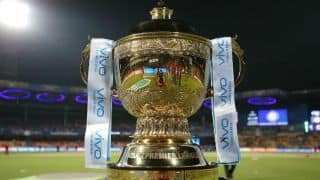