United Arab Emirates (UAE) completed a 3-0 clean sweep of Papua New Guinea (PNG) in the three-match series on Friday. In the final two matches which were played at the Sheikh Zayed International Stadium in Abu Dhabi, UAE won the second game by 30 runs and the final by 5 wickets to complete Papua New Guinea’s annihilation. UAE had earlier won the first match of the T20I series by 5 wickets, and had also emerged victorious in the four-day ICC Intercontinental Cup match. In the final T20I, UAE recovered from a collapse to notch up a victory by 5 wickets chasing 129. FULL CRICKET SCORECARD: United Arab Emirates (UAE) vs Papua New Guinea (PNG), 3rd T20I

Papua New Guinea were looking to bounce back after losing the first game in the day by 30 runs. In the game played earlier, PNG had decided to field but in the final contest the choice was to bat. However, a total of 128 for 5 was perhaps too less for United Arab Emirates, who were buoyed by a half-century from Muhammad Usman and a run-a-ball innings of 47 from Rameez Shahzad. Chasing 129, United Arab Emirates achieved the target with 5 balls to spare.

Batting first, Papua New Guinea scored 128 for 5 in their allotted 20 overs. Tony Ura and Lega Siaka provided their team a solid start, adding 54 for the first wicket in a little over 7 overs. Ura fell for a 22-ball 29, striking 3 boundaries in the process. Siaka, on his part, faced 36 balls and cracked 4 boundaries. Siaka was the top run-getter for his side.

In reply, United Arab Emirates were off to a horrific start. Norman Vanua got the key wickets of Rohan (3) and Laxman Sreekumar (0), whereas Chad Soper got the hero of the second T20I — Shaiman Anwar — for a mere 1.

Usman and Shahzad then joined forces to revive UAE, and took them towards victory. In the end, it all turned out to be a walk in the park for the hosts. Adnan Mufti (7 not out) and Ghulam Shabber (10 not out) finished the formalities for UAE. 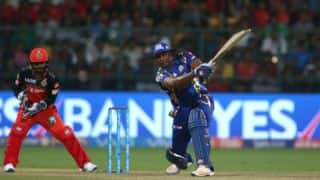 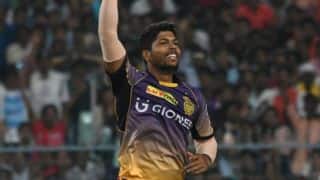