Mohammad Shahzad completed his second One-Day international fifty with a gigantic vs Afhganistan in the third ODI at Dubai sports academy. Shahzad brought up his half century in 51 balls keeping the momentum going for UAE who were provided a brisk start by their openers Amjad Ali and Andri Berenger who added 68 for the opening wicket. UAE are 150 for two in 30 overs. Earlier Afghanistan won the toss and sent UAE into bat, a decision they might come to rue as UAE top order have laid a solid platform for a launch in the final 10-15 overs. UAE and Afghanistan are in the middle of a four-match series in which the hosts UAE took an unassailable lead by virtue of winning the second ODI on the back of a scintilating century by their captain Khurram Khan. 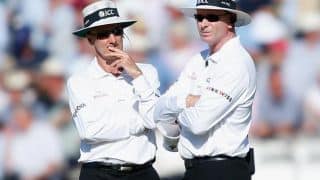