Usman Khawaja expresses disappointment at being axed for England tour

Usman Khawaja expresses disappointment at being axed for England tour

"I've just got to put my head down and hopefully an opportunity will present itself."

Australian top-order batsman Usman Khawaja has expressed his disappointment after being dropped from the ongoing five-match ODI series against England. The left-handed batsman has a decent domestic cricket record and was more likely to be selected in the playing squad, especially when the likes of banned Steven Smith and David Warner are not playing.

However, the national selectors had instead decided to give preference to Shaun Marsh, D’Arcy Short and Travis Head in the first squad to tour under new coach Justin Langer. Reflecting on the same, Khawaja insisted that though he was extremely shattered by the decision, he remained hopeful of getting a chance in the near future.

“I was extremely disappointed in all honesty. I’ve had a lot of chats to the selectors and a couple to JL (Justin Langer) about it. I was a bit disappointed but some things you can’t control.So hopefully I’ll get a chance over the next year,” ESPNcricinfo quoted Khawaja, as saying. In the last four domestic seasons, Khawaja had notched up 1,492 runs at an average of 62.17 behind only Victorian Cameron White (1534) and Nic Maddinson (1503).

Queensland captain, who has lately been posting his fitness videos on social media handles, emphasised that working hard and hoping for the selection is all that he could do at the moment. “I’ve had some really good chats with JL, he’s been really clear about everything, and hopefully if I put my head down, keep training hard, doing all the right things that at some stage if an opportunity comes up then I’m still quite in line, talking to him and talking around. I think the door’s still there, I’ve just got to put my head down and hopefully an opportunity will present itself,” he said.

After the ongoing series, Australia are slated to play an T20I tri-series, featuring Pakistan and Zimbabwe, beginning July 1. 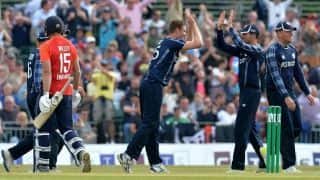 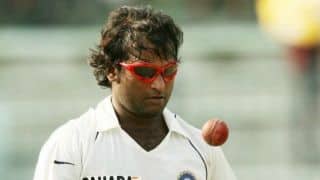