Usman Khawaja was also rested from the Australia's squad touring New Zealand for the Chappell-Hadlee ODI series, which the home side went on to win by 2-0.

Melbourne: Top-order batsman Usman Khawaja, who has failed to find a place in Australia’s 15-man squad for the Champions Trophy, has expressed his frustration at his continuous axing from the team. Khawaja was also rested from the Australia’s squad touring New Zealand for the Chappell-Hadlee ODI series, which the home side went on to win by 2-0. He was instead sent to Dubai for a pre-tour training camp for the Border-Gavaskar Test series in India. Later, the 30-year-old sat out in all four Tests against India, with the selectors choosing Shaun Marsh in his middle-order role. Australia announce squad for Champions Trophy 2017; injured Lynn set to return, Faulkner axed

“The most frustrating thing for me was not to play those three ODIs in New Zealand. Getting pulled out from them to come to Dubai to prepare for 10 days and then not play the first Test. So I actually miss out on the one-day matches for Australia. For me that was the tough part. I got pulled out of that series to prepare for India and then not playing was a bit hard,” ESPNcricinfo quoted Khawaja as saying. Khawaja said that although he sort of had an idea that he would not play in the opening Test against India because of his poor performance in the tour match, he was quite disappointed to miss the rest of the four-match series.

Khawaja, however, said that he felt much better after discussing the situation with coach Darren Lehmann. The batsman revealed that following the discussion with the coach he had made the mind to do best for his country and be fully read in case the opportunity did come up to him.”To Boof’s credit I had a chat to him about all that stuff and he came up to me and he actually knew where I was at in that things had not worked out, not being able to play the ODIs and come early to India, he knew exactly where I was coming from,” he said.

“Once I chatted out to him it helped me quite a bit. He has seen it all, he has seen the ups and downs so after I had that discussion with him I was fine. I was just like ‘there are few more ODIs coming up that I can look forward to’. After that chat I was fine and just trying to do the best for the team and be ready in case the opportunity did come up,” Lehmann added. The 2017 Champions Trophy is slated to be held in England and Wales in June. 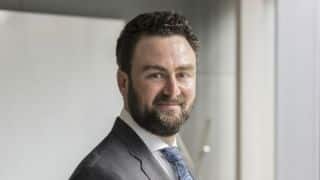