Usman Khawaja has made best use of his chances since his comeback into Australia's Test squad.

Melbourne: Australian top-order batsman Usman Khawaja is all set to become one of the richest and the cricket’s next two-million dollar superstar as he has been upgraded to his first official Cricket Australia (CA) contract. According to News.com.au, the 29-year old Pakistan-born player will be earning 1-1.5 million dollars after his new contract list is confirmed in April. Describing Khawaja as an ‘inspiration’ to the next generation, CA chief executive James Sutherland said they wanted to see more people from the heritage and culture of Khawaja to play for Australia in the coming future. The Pakistan-born cricketer had also been planning to play in the 2016 edition of Indian Premier League (IPL) and to sign various other sponsorship and marketing deals. READ: Australia vs West Indies 2015-16: Usman Khawaja makes the most of his comeback

Khawaja, who made his Test debut in 2011, was never able to establish himself enough to land an official CA contract due to repeated slump in form and serious injuries.

After a start-stop career, he came showed his talents in Sydney at the 2010-11 Ashes with arch-rivals England. Khawaja has made the Australia proud in all the three Tests he has featured in this year. “It’s a funny thing, life, you never know what’s going to happen,” says Khawaja, while speaking to Times of India. The 29-year-old’s remark gains more emphasis when one considers the situation he found himself in towards the end of 2014. “I suffered a tear in the anterior cruciate ligament of his left knee and needed a full reconstruction which meant that I missed about 7 months of cricket. I was just trying to stay positive. READ: Usman Khawaja: I pray because it keeps me sane and grounded

I wasn’t expecting in my wildest dreams that I’d be playing for Australia again and playing a Boxing Day Test match,” reveals the batsman, who has scores of 174, 121 and 144 in the three Test outings this year 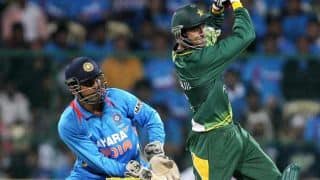 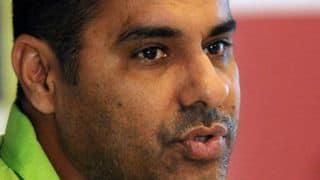