Hayden hoped to see the Queensland batsman back at No 3 instead of the stop-gap role he was pushed into in the UAE.

Former Australia opener Matthew Hayden believes that Usman Khawaja is best suited to batting at one-down instead of being used as an opener, where he did the job during the two Tests against Pakistan in the UAE last month.

Ahead of the upcoming four-Test series against India, Hayden hoped to see the Queensland batsman back at No 3 instead of the stop-gap role he was pushed into in the UAE with regular openers David Warner and Cameron Bancroft serving bans.

“I like Usman at three. Traditionally I think your best player bats at three and I think Usman Khawaja is that player,” said Hayden, who played 103 Tests and 161 ODIs. “And I think he needs to feel settled as well. I think he s had a career that s been chopped and changed and for mine I d have him in every side, I just think he s that good. Why he s not playing in our one-day side and even T20 side I m not sure.

“But he s our best batter. I still like him at three. You ve got other options in the opening partnerships. The trouble is you ve got Matty Renshaw that hasn t made a run and I think he s an outstanding long-term prospect. You ve got Joey Burns that has just started to get a run but he s been short of runs.”

India will take on Australia in the opening Test starting at Adelaide on December 6. Australia’s limited-overs skipper Aaron Finch and the uncapped Marcus Harris look set to open. 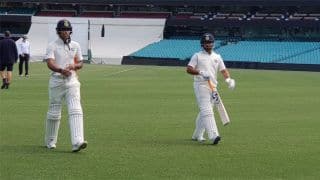 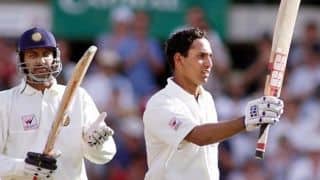