Qadar has played seven matches for the Perth Scorchers in the Big Bash League (BBL) this season.

Western Australia legspinner Usman Qadir, the son of former Pakistan legspinner Abdul Qadir, has found himself in trouble on Monday for over-speeding the 50kph limit in East Perth.

The Western Australian Cricket Association (WACA) released a statement stating that it was aware of the incident and will take appropriate measures to cooperate with the police. The 25-year-old Usman will receive a court summons in relation to the incident.

“We are extremely disappointed that this has occurred,” WACA chief executive Christina Matthews said.

“The WACA takes road safety very seriously and we understand that speeding is a key contributor to accidents on our roads.

“We expect all our players and staff to drive responsibly and our players know their behaviour has an impact on the community as role models.”

According to driving rules in Western Australia, if any driver is found exceeding the speed limit of 40kph, then a heft penalty of AUD1200 will have to be paid and the cricketer will be handed seven demerit points. If a driver gets 12 demerit points in total, then they will lose their licence for 12 months.

Qadar, who has previously admitted his desire to play for Australia ahead of the ICC T20 World Cup in 2020, has played seven matches for the Perth Scorchers in the Big Bash League (BBL) this season and took six wickets at an economy rate of 8.45. 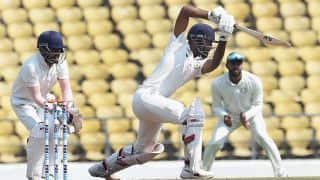