Varun Aaron missed the 2013 edition of the IPL due to a back injury.

Having missed the previous edition of the Indian Premier League (IPL) due to a back injury, Indian paceman Varun Aaron today said all the fitness issues are behind him and he will be part of the players’ auction for the upcoming season.

The young quick from Jharkhand was part of the Indian team that lost 0-4 to New Zealand in the recent One Day International (ODI) series. He was among the wickets in each of the three matches that he played and also clocked 150kmph during the series.

“I’m really looking forward to playing this season’s IPL, especially after having to watch in agony from the sidelines last year,” said the 24-year-old Aaron.

“The only reason my name was not in the initial IPL auction list was simply down to some paper work. That’s all cleared up now.”

Aaron also said he was more than pleased with the manner in which his body has coped with the workload since his return from a niggling back injury.

“I think the Ranji Trophy season and now the series in New Zealand have shown that my physical issues of the past are behind me,” said Aaron.

Having earned a spot in the Rest of India squad which will take on newly crowned Ranji Trophy champions Karnataka on February 9, Aaron is focussed on making the most of every outing to be match-sharp.

“There’s certainly a lot of cricket before the IPL and every opportunity that comes my way before that will prove extremely useful in further sharpening my bowling,” said Aaron. 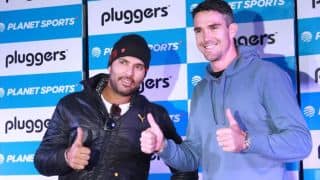 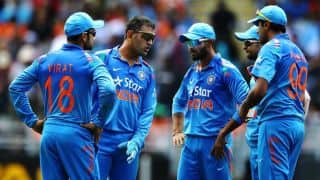