Venue for Australia series to be decided soon: Zaka Ashraf

Venue for Australia series to be decided soon: Zaka Ashraf

Pakistan Cricket Board Chief Zaka Ashraf mentioned recently that they are considering United Arab Emirates or Kuala Lumpur as a venue for series against Australia. 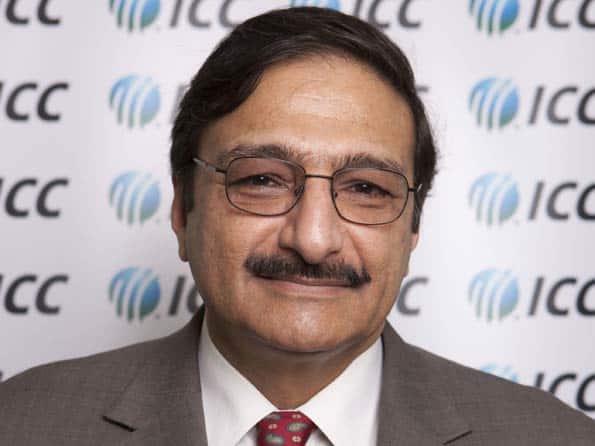 Pakistan Cricket Board Chief Zaka Ashraf mentioned recently that they are considering United Arab Emirates or Kuala Lumpur as a venue for series against Australia.

“We have two options now that we are considering, one being the United Arab Emirates which has been a regular venue that we have used and the second being Kuala Lumpur in Malaysia. Intikhab Alam has been to both venues and is due back on Friday. Intikhab will provide myself with a report on both venues and we will more than likely make a decision on Monday with regards to where the series will be held.”

He also said there are good chances of India and Pakistan resuming their cricketing ties, after his visit to India.

“I m awaiting confirmation from Srinivasan regarding this matter. He was due to hold meetings with his BCCI colleagues and they will make a decision regarding the fixture. Srinivasan and I plan to have a meeting in Kuala Lumpur at the next Asian Cricket Council meeting and hopefully we can come to an agreement there and finalise details of the match.

Once the BCCI have discussed the matters in hand, then from the PCB side we will discuss the issues and I m very hopeful that the resumption of cricket between India and Pakistan is not too far away.”

“I went to India after being invited by the BCCI and I believe there are good chances of India and Pakistan resuming cricketing ties in the near future. I think relations have improved and the meetings and discussions with BCCI chief N Srinivasan were very fruitful and useful. Mr Srinivasan s hospitality was very good when I was in India and the way they gave me respect was very much appreciated,” Ashraf said.

“When I came back to Pakistan from India I sent a letter of thanks to Srinivasan for their very nice reception and hospitality,” Ashraf was quoted as saying by boxscorenews.com.

“No I did not bring up the matter of Pakistani cricketers taking part in future IPL tournaments, as I believe that is part of the issue of bilateral cricketing relations. My focus was mainly on the revival of Indo-Pak cricketing relations as once they are restored then the IPL participation and such things will follow.”

“The understanding from both cricket Boards is much improved and the BCCI were very co-operative and were very happy with our recent meetings and the issues that were discussed. It was all very positive and very constructive and a very good and worthwhile trip,” Ashraf emphasized.

“It was a good match. It was interesting and at the same time it was fun. The cricket was fierce and it was my first opportunity to see the Indian Premier League which I found interesting.”

On talking about the latest news on the Pakistan Premier League, Ashraf said, “Our plans were to start the league in the month of October this year. However this may have to be adjusted due to the Sialkot Stallions team taking part in the Champions League at that time.”

“It is imperative that the players of Sialkot take part in the Pakistani Twenty over tournament and for that reason we will adjust the dates by a few days here and there. I m hopeful that the tournament can still take place this year.”

On asking whether foreign players will come to Pakistan to participate in the T20 league that Ashraf intend to set up, he said, “We have committed to contracts with Sri Lanka cricket. I ve had a telephone meeting with the President of the Sri Lankan Cricket Board and we have agreed upon a bilateral agreement that when the Sri Lankan Premier League occurs, Pakistani cricketers will take part and vice versa when the Pakistani League occurs. The documents relating to this agreement will be signed very soon.”

“Likewise our players have taken part in the Bangladesh Premier League and we will also be looking to sign an agreement with the Bangladesh Cricket Board for their players to take part in our competition. The agreement has to be bilateral rather than unilateral.”

“I m hopeful that once the Pakistani League commences we will be able to attract players from all over the world to the tournament,” Ashraf concluded.