Vernon Philander, who is suffering from an ankle injury, has been ruled out of remainder of the four-match Test series against England.

Johannesburg: South African pace bowler Vernon Philander, who is suffering from an ankle injury, has been ruled out of remainder of the four-match Test series against England. The 30-year-old had been sidelined since a warm-up football drill during the tour against India. Earlier, it was hoped that Philander might feature in the final two Tests, but Cricket South Africa had confirmed that it is difficult for him to recover in time, Sport24 reported. Meanwhile, pace spearhead Dale Steyn, who failed to recover sufficiently from his shoulder injury sustained during the opening Test in Durban, is unlikely to feature in the third Test as well. England are currently leading the series 1-0 against England after the second match between the two sides ended in a draw in Cape Town. The two sides will play the third Test in Johannesburg, starting from January 14. FULL SCORECARD: South Africa vs England 2015-16, 3rd Test at Johannesberg

Earlier, Philander chances of featuring in the first two Tests of the upcoming four-match series against England on home soil have been ruled out due to his failure to recover from an ankle injury. Philander, who featured in the first match of the four-Test series against India in Mohali, sustained the injury during a session of football during practice ahead of the second Test at Bengaluru. The news of the same was confirmed by team officials shortly after the Proteas returned home after a mixed tour of India, that saw them win the Twenty20 International (T20I) and One-Day International (ODI) series 2-0 and 3-2 respectively, before suffering a 0-3 blanking at the hands of the hosts in the Tests. Vernon Philander ruled of first two South Africa vs England 2015-16 Tests due to ankle injury 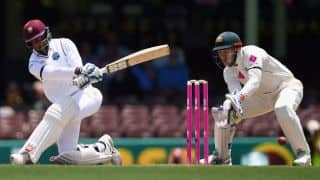