McGlinchey further went into trouble after bowling for 10 overs at Albert Ground.

Dom McGlinchey’s foot injury along with injuries of other Geelong batsmen led to opponents Melbourne dominate as they went on to post a huge first innings score in the Victoria Premier Cricket on Saturday. On Monday, Geelong coach Andre Borovec said, that McGlinchey would see a specialist to understand and determine the extend of the injury, which left the Cats struggling. Borovec said, “We persisted pretty well, especially considering Dom went off early,We defended well in the back half of the innings to limit the scoring because it was a really good batting track.” He’s had a history of it in the past, so he’s going to get it looked at … At the moment he’s just been icing, resting and having his fingers crossed for a prognosis that isn’t too bad. “He’s had surgery on that foot but it seems unrelated. It’s different symptoms, so hopefully it’s nothing serious.”as reported by geelongadvertiser.com.au. ALSO READ: Aaron Finch, Matthew Wade fined for inappropriate behaviour in Matador Cup 2015-16

It was a bad experience for the Cats, who have had a history of injuries in the past. Victorian and Hobart Hurricanes speedster Jake Reed has been pushed sidelines, after a problem in the groin. Skipper Eamonn Vines, also has a posterior cruciate ligament injury, which has resulted in keeping him out of the game, atleast until the new year. Batsman Luke Ibbs also has an injured finger and Justin McPhee returned against the Demons though is still an injury prone. Joel Davies has also faced injury problem and was stopped from the Saturday’s clashes.

“Joel has missed a lot of cricket, and he played last week, but he pulled out on Friday with elbow tendinitis, we played it ultra conservative with the view that it was the last game before Christmas and he’ll get a few weeks break, which should help him.” Borovec said. “The beauty of the Albert Ground pitch is day two is equally as good as day one, sometimes better. So our batsmen are looking forward to batting on a sensational pitch. We’re going to have to play well, but you get rewarded if you apply yourself and you can really trust the bounce Melbourne has three spinners, so we’ll be looking to use our feet both ways and use our feet with confidence.” And though total on the board is enormously large,” Borovec who is optimistic and seems sure about his team winning said. 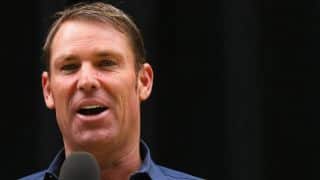 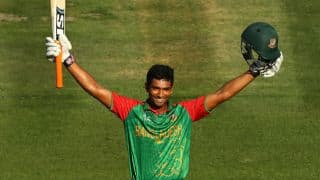