Sam Harper is the second Victoria player to be ruled out with concussion (hit by Jake Lehmann) in as many matches after debutant Will Pucovski was struck during the previous fixture at the Melbourne Cricket Ground (MCG).

Victoria’s wicketkeeper Sam Harper was admitted to hospital after a concussion he suffered when a Jake Lehmann’s bat struck on his helmet on Day Two of the ongoing Sheffield Shield match being played between Victoria and South Australia at Adelaide Oval. Lehmann, the batsman, was facing spinner Jon Holland in the pre-lunch session when he tried to swat a short ball to the leg side and his willow struck Harper in his follow through. Harper fell to the ground and was in severe pain as he was treated by medical staff. This forced an early lunch break in the middle as he was assisted off the field. Nonetheless, the setback he suffered caused considerable delay as several players were upset and stunned after seeing the plight of by the sight of Harper. IND vs AUS: Wadekar says Smith’s men will find it difficult to compete

“Harper was examined at Adelaide Oval by medical staff before being transferred to hospital for further assessment and treatment. Harper underwent scans this afternoon which have not identified any bleeding or bone damage, but he will remain in hospital overnight for observation. Under the Sheffield Shield playing conditions, replacement players are not permitted. In the event that a player is replaced, the match risks forfeiting First-Class status. Harper has been ruled out of the remainder of the match and Victorian Seb Gotch will travel to Adelaide to act as a substitute fielder”, a Cricket Victoria spokesman was quoted by ESPNcricinfo.

Harper is the second Victoria player to be ruled out with concussion in as many matches after debutant Will Pucovski was struck by the ball during the previous fixture against New South Wales at the Melbourne Cricket Ground (MCG). Pucovski, who has a history of concussion, is yet to resume training.

Phillip Hughes’ demise in November 2014 after being struck on the head shocked the world. Earlier this season, wicketkeeper Peter Nevill was struck on the face during a Big Bash League (BBL) game. However he made a speedy recovery and on Saturday slammed an unbeaten 143 for New South Wales, against Queensland at Sydney Cricket Ground (SCG). 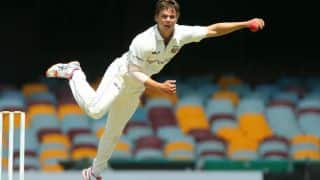 India vs Australia: Mitchell Swepson feels Indian batsmen will be ready for him 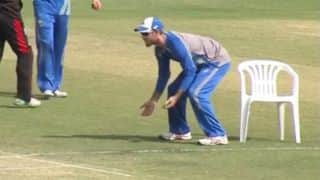