Watch the brilliant catch by Ajinkya Rahane to send back Kumar Sangakkara.

Kumar Sangakkara was dismissed for a score of 32 when he was caught by Ajinkya Rahane at first slip off the bowling of Ravichandran Ashwin during the second Test against India at P Sara Oval, Colombo. Kumar has not had a good time but in his final Test and will want to make the second innings count. Sri Lanka were 75 for the loss of two wickets at that point of time. Kaushal Silva was batting on 37, gave Sangakkara good support. The only chance that Sangakkara gave was when he cut one hard towards Ajinkya Rahane who failed to get both his hands to it. That though was a really tough chance but it did not cost India much. Live cricket score India vs Sri Lanka 2015, 2nd Test at Colombo, Day 2

Earlier in the day, India were bowled out for a score of 393. They added 74 runs in the morning for the loss of four wickets with Wriddhiman Saha doing the bulk of the scoring his second Test fifty. Rohit Sharma then took up the mantle to score a handy 79 to see India past 300 but he was the last man to get out on the first day. India were in trouble at 12 for 2 at one stage before which Virat Kohli and KL Rahul put up 164 runs to bring India back on track. Kohli missed out on his ton as he got out for 78 but KL Rahul scored a ton, his second one in Tests Rangana Herath was the best bowler for the hosts taking 4 for 81. Live cricket updates: India vs Sri Lanka 2015, 2nd Test at Colombo, Day 2 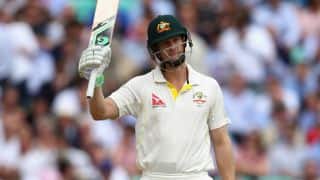 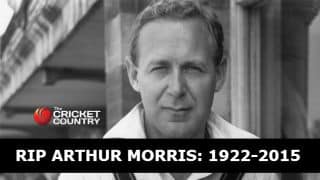 Arthur Morris, member of Don Bradman's 'Invincibles', passes away at 93