Anil Kumble bagged his career best figures of 6 for 12, which remained the best figures for an Indian till June 2014.

After winning the semi-final match in a dramatic way against South Africa, India were playing the final of Hero Cup 1993-94 against West Indies at the full packed Eden Gardens with an estimate as close 1,00,000 spectators. It was a day-night One-Day International (ODI) match, where Anil Kumble bagged his career best figures of 6 for 12, which remained the best figures for an Indian till June 2014. It was the also the same date when the first day-night ODI match was played in the history of cricket in 1979 between Australia and West Indies at Sydney. Video: When Sachin Tendulkar’s bowling choked South Africa

Winning the toss, Richie Richardson decided to bowl first on a wearing pitch. India managed to score a decent total of 225 with Vinod Kambli being the only half-centurion with 68 from 90 balls. West Indies started off pretty well but once the collapse began, no batsman could hold his feet at the crease. From 57 for 1, they lost nine wickets for 66 runs and were all out with almost 10 overs to spare. India’s ace spinner, Kumble emerged as the hero of the match with his 6 for 12 in just 6.1 overs but one should not forget the initial breakthroughs provided by the fast bowlers Manoj Prabhakar and Kapil Dev.

Kumble joined the party when West Indies were down with 4 for 63 and from there on, he was unstoppable and kept taking wickets every over. He bowled only 6.1 overs with two maidens and scalped six wickets by conceding only 12 runs. This was the best figures for an Indian bowler in ODIs till Stuart Binny took six for four against Bangladesh on June 17, 2014. 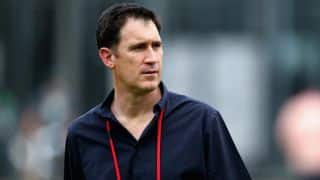 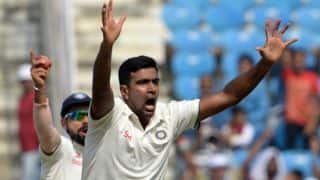