After India wrapped up a 137-run win to take 2-1 lead, Archie joined the proceedings for the customary team handshake.

It’s been a memorable week for seven-year-old Australian Archie Schiller. In a goodwill gesture from Cricket Australia, Archie was named as the co-captain of the Australian team that faced India at the Melbourne Cricket Ground (MCG) for the third Test.

Archie suffers from a rare heart ailment that has seen him go through multiple surgeries. The boy loves cricket and dreams of captaining Australia one day and his wish came true during the Boxing Day Test when he walked out with Tim Paine and India skipper Virat Kohli for the toss.

Ahead of the Test, he was presented with his baggy green cap and Test whites as per the same tradition followed when a player debuts for the national team.

Onya Archie! What a week he’s had leading the Aussie team in Melbourne.

And great stuff here from the Indian players and match officials after the Test match! #AUSvIND pic.twitter.com/Q0jRn52Jck

Throughout the five days, Archie could be seen spending time with the Australian team and even had a brief commentary stint. He was part of Australia’s training session in Perth and Melbourne as well.

Archie bowled and batted with the Aussie cricketers and interacted with his favourite player Nathan Lyon. He himself is a legspinner.

After India wrapped up a 137-run win to take 2-1 lead, Archie joined the proceedings for the customary team handshake. Patiently he walked across, shaking hands with each member of the Indian team including the support staff. 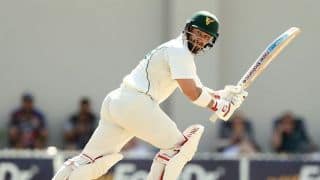 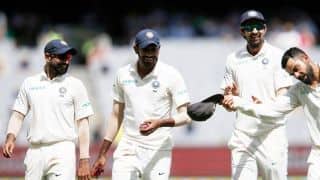