KKR players like Yusuf Pathan, Suryakumar Yadav, Jaydev Unadkat and Kuldeep Yadav can be seen in the video sharing their opinion on training under Le Roux.

Renowned fitness trainer Adrian Le Roux is known to be a tough yet fair taskmaster. Every cricketer who has trained under him appreciates his methods and the impact they have on their game. As a matter of fact, legendary batsman Sachin Tendulkar had also once heaped praise on the former Indian team trainer for keeping him fit and making physical training an enjoyable exercise in his playing days.

Le Roux is the trainer of Kolkata Knight Riders (KKR) franchise and had organised an intensive training programme for six KKR players in South Africa prior to the commencement of the ninth season of Indian Premier League (IPL). Recently, KKR’s official YouTube channel released a short video of KKR players’ training sessions where the select Indian players also shared their views about working with Le Roux.

Players like Yusuf Pathan, Suryakumar Yadav, Jaydev Unadkat, Sheldon Jackson and Kuldeep Yadav can be seen in the video sharing their opinion on training under Le Roux. In the past too players like Pathan, Piyush Chawla, Manvinder Bisla and Kuldeep Yadav had visited Bloemfontein, South Africa for 15 days of training camp that included cycling, running and mountaineering, in 2014. The trainer does share camaraderie with the KKR camp and it is quite visible in the video. KKR play the Kings XI Punjab (KXIP) in Mohali on Tuesday. 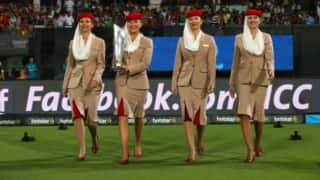