Cricket is considered to be a gentleman's game but often there have been instances when the spirit of the game has been let down by acts of cheating and dishonesty.

Cricket is considered to be a gentleman’s game  but often there have been instances when the spirit of the game has been let down by acts of cheating and dishonesty. Cricket has often witnessed instances when blunders were made by the umpires as well as the players but it wasn’t considered to be severe as the acts were not deliberate. But the dark side is when players do it intentionally in order to save their wicket or scalp one. READ MORE: Deep Dasgupta: 10 facts about Bengal captain who led them to two consecutive Ranji Trophy finals

In the video below posted by Official cricket on YouTube channel, a beautiful compilation of top 10 cheating instances by cricketers has been clubbed. Teams like India, Australia, Pakistan etc have been involved behind these deceitful acts and further violating the code of conduct. There has been some cases like the one of MS Dhoni, where he is keeping behind the stumps and may not have realized that the ball dropped just ahead of him at it was travelling at a great speed and appealed for a wicket. READ MORE: Mike Gatting – 7 jokes on England’s most controversial characters

The most amusing occasion came when Ahmed Shehzad claimed a catch but the replay suggested other way round. The best part of the video which is also rated as No. 1 occurs in the end where Australian cricketer intentionally dislodged the bails and created a drama on the field which was later revealed through replays. Take a look at the video here: 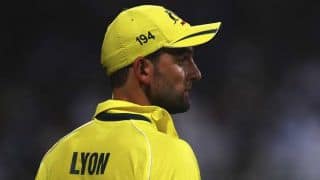