Chasing 148 for victory, Chennai rode on a 81-run opening stand between Du Plessis and Watson to achieve their target with an over to spare in the second qualifier in Visakhapatnam.

All-round Chennai Super Kings rode half centuries from Faf du Plessis and Shane Watson to storm into their eighth Indian Premier League (IPL) final as they beat Delhi Capitals by six wickets in the Qualifier 2 at the Y.S. Rajasekhara Reddy ACA-VDCA Cricket Stadium in Vizag on Friday.

After asking Delhi to bat first, Chennai bowlers put up a superb show to restrict the first time semi-finalists to 147/9.

South Africa captain du Plessis was the aggressor early on and once he got out, Watson took over as Delhi bowlers looked hapless. 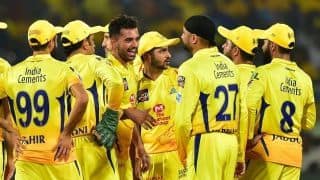 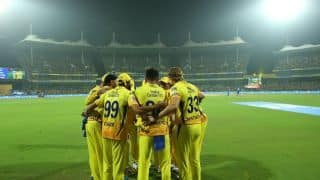