With their backs firmly to the wall, out-of-sorts Royal Challengers Bangalore (RCB) will take on Kings XI Punjab in a must-win Indian Premier League (IPL) clash at the IS Bindra Stadium here on Saturday.

RCB have lost six matches on the trot, finding themselves rooted to the bottom of the eight-team table.

RCB slumped to their sixth straight defeat after going down against Delhi Capitals last Sunday.

Kohli, who was recently named the Leading Cricketer of the Year for the third successive time by Wisden Almanack, looked distraught and on Saturday will know that they can only reverse their fortunes by winning all their remaining eight matches from Saturday onwards. 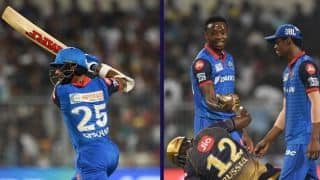