Malik record for the fastest 50 in blind cricket off just 17 balls against Sri Lanka. He gives the entire credit of his success to Delhi, the city that changed his life.

Take for example the story of Deepak Malik, which is every bit inspiring. Not many must have heard about him, but Malik, for your knowledge, is a blind cricketer who represents India’s national blind cricket team. He is not an ordinary player and holds the unique distinction of being part of the 2014 Blind Cricket World Cup and the 2016 Blind T20 Asia Cup winning squads.

Born in Bhainswal village of Haryana, Malik aspired to become a cricketer in his growing years like other kids of his village who aspired to pursue one or the other sport. However, a freak eye injury while bursting crackers on Diwali when he was eight years old left him partially blind. Just when he had given up all hopes on pursuing his passion cricket, his move to relocate to Delhi and take admission to a blind school changed his life, as it was here that he learnt he could still play cricket.

From there on, he never looked back. Though the going was tough initially, he got into the groove slowly and later even set the record for the fastest 50 in blind cricket off just 17 balls against Sri Lanka. Malik gives the entire credit of his success to Delhi, the city that changed his life. And finally, it was the same city that gave him a chance to meet with its very own ‘Delhi Daredevils’, whose skipper Zaheer Khan called him a champion. A confident Malik’s reply aptly summarises his spirit: “This is just the beginning of the innings!” Watch the video here: 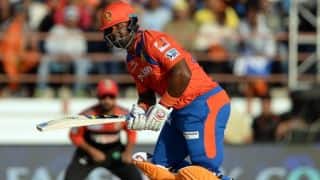 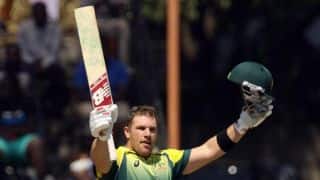