India and Australia lock horns in 1st ODI at Perth on January 12.

The ties between India and Australia are counted among the most entertaining rivalries of cricket. India spent four long months in Australia in 2014-15 for a four-match Test series, Carlton Mid ODI tri-series that also included England and that was followed by ICC Cricket World Cup 2015. The mega event was co-hosted by Australia and New Zealand with the former being the eventual champions, for a record fifth time. Here’s a fact that may surprise you! This is the first time India are playing a bilateral One-Day series in Australia. In the past, India have only participated in ODI tournaments that have featured three or more teams. FULL CRICKET SCORECARD: India vs Australia, 1st ODI 2015-16, at WACA, Perth

Australia have a dominating history against the visitors. They have won 68 ties and lost 40. In matches played in Australia, they have been even more ruthless – winning 31 and losing 10. Who can forget their last encounter? The World Cup 2015 semi-final at Sydney broke many Indian hearts as it brought an end to India’s reign as world champions.

However, the Indians also have managed to have some moments of glory of their own. In 1985 they won the 7-nation World Championship of Cricket at the iconic MCG. India had earlier beaten Australia in that tournament and defeated Pakistan in the final to lift the trophy with Ravi Shastri being adjudged the Champion of Champions. Twenty two years later came another historical win for team India. A young side under the new leadership of MS Dhoni won the ODI series and the glory moment came at Brisbane when India won the second final courtesy another master-class from Sachin Tendulkar.

The current side looks promising with a mixture of experienced and new talents. Fireworks are most likely to happen when the likes of Virat Kohli, Ajinkya Rahane and Rohit Sharma will lead the batting line-up against a relatively inexperienced Australian pace-attack. 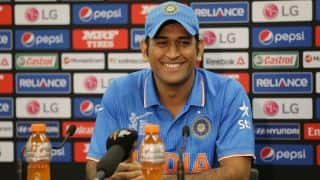