Bangalore have lost all four of their matches to mark the worst start to any IPL season.

Match 17 of the 2019 IPL between hosts Royal Challengers Bangalore and Kolkata Knight Riders at the M Chinnaswamy Stadium is a few hours away.

Contrasting fortunes for both teams. Two-time IPL winners Kolkata began with two victories on the back of some ballistic hitting from Andre Russell, and then forced a tie into the Super Over against Delhi Daredevils before a series of superb yorkers from Kagiso Rabada won Delhi the game. Two wins and a loss for KKR has kept them in the top half of the IPL points table. (READ: Royal Challengers Bangalore not down and out yet: Piyush Chawla)

On the other side, Bangalore have lost all four of their matches to mark the worst start to any IPL season by RCB.

These matches have seen them bowled for 70, lose to Sunrisers Hyderbad by 118 runs, to Mumbai Indians by six runs and to Rajasthan Royals by seven wickets.

Will RCB’s luck change or will Russell once again inspire KKR to victory? 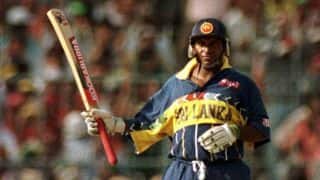