Eid-al-Adha: Ishant's gesture towards his pace-bowling mate is a testament to the positive environment that exists in the Indian dressing room. 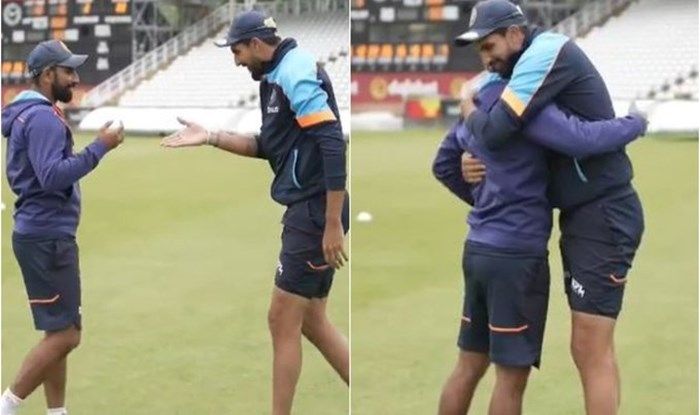 Durham: While the world celebrated ‘Eid-al-Adha’ on Wednesday (21 July), Indian cricketers in the UK also made the most of the occasion. Fast bowler Ishant Sharma wished Mohammed Shami in the most heartwarming manner. The two cricketers, currently in Durham for a three-day warm-up game with the team, greeted each other before hugging tightly. The two cricketers decided to skip the game.

The Delhi-born pacer took to Instagram and shared the video of the occasion. Ishant’s gesture towards his pace-bowling mate is a testament to the positive environment that exists in the Indian dressing room and that helps a lot in long tours like this one.

“Walk in the doors of prosperity, success, health and happiness this Eid. Wishing everyone a very happy Eid. #eidmubarak #eid,” Ishant wrote as the caption to his Instagram post.

Shami and Ishant would be the key with the ball when India take on hosts England.

Meanwhile, County XI tail failed to give any fight as India bundled them for just 220. It’s a very good day for Indian seamers especially Umesh Yadav who claimed three wickets and proved why he should get a place in the XI against England. Siraj scalped two, while Bumrah, Shardul, Axar, and Jadeja shared a wicket each.

The first Test versus England starts on August 4 at Trent Bridge. 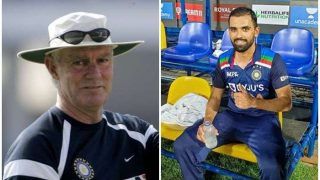 When Deepak Chahar Was Rejected by Ex-India Coach Greg Chappell For His Height!