Jasprit Bumrah was in his element in the first session of the second day of the fifth Test between England and India as he took 35 runs off a Stuart Broad over - highest ever in Test cricket.

India vs England, Day 2, Edgbaston Highlights: Jasprit Bumrah took England pacer Stuart Broad to the cleaners by recording the highest runs ever scored in one over in Test cricket on the second day of the fifth Test against England at Edgbaston. The first ball went for a boundary which was followed by a wide that also went for a boundary. If that wasn’t enough, the next one was parked out of the stadium by Bumrah off a no-ball as Broad completely lost the plot.

What followed next was absolute carnage, bringing back memories of Yuvraj Singh’s six sixes in 2007 in the T20 World Cup off the same bowler Stuart Broad. The next three balls saw Bumrah hit three consecutive boundaries which was followed by another six. Adding insult to injury, Bumrah blocked the next one and immediately ran to hold on to the strike next over – a tailender doing that to a fast bowler is a rare sight.

BOOM BOOM BUMRAH IS ON FIRE WITH THE BAT ??

3 5 runs came from that Broad over ?? The most expensive over in the history of Test cricket ?

India were bowled out for 416 with Bumrah remaining unbeaten on 31 off 16 balls. The visitors struck early with the ball as Alex Lees was cleaned up by none other than Bumrah once again. The morning session saw some unbelievable things happening – one being you can’t keep Bumrah out of the game.

WATCH THE DISMISSAL OF ALEX LEES BELOW:

A fine delivery from #TeamIndia Captain as he knocks over #AlexLees‘ stumps to draw first blood ?

India would like to believe that they have the upper hand so far in the Edgbaston Test. 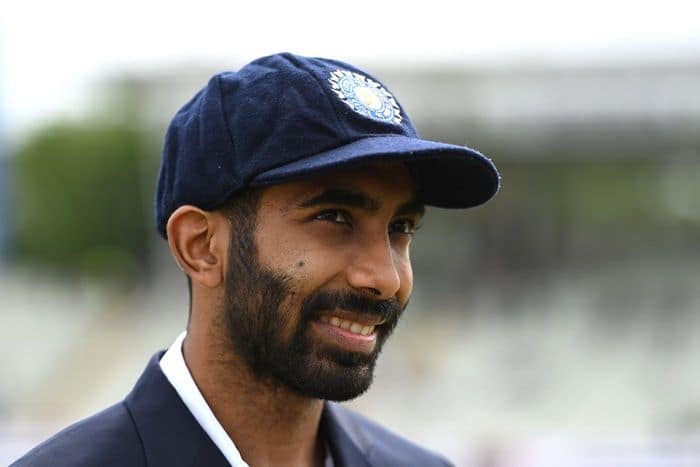