In this video, Kapil speaks up about swing bowling and how the art is slowly getting killed in contemporary cricket because of batsman’s domination in the game.

Kapil Dev is one of the greatest all-rounders to have played the gentlemen’s game of cricket. He was widely known for his prowess with the ball as well as with the bat. He was instrumental in winning the first World Cup for India back in 1983.

Not just that, Kapil also rates James Anderson and Stuart Broad as the best swing bowlers in the current time. He also rates Zaheer Khan as the best seam bowler from India in the past 20 years, though Javagal Srinath was potent but Zaheer possessed good seam position, Kapil suggests.

Kapil also said he would have been more ruthless if he had played T20 cricket, his batting would have taken another stand and maybe his swing too would have witnessed a downfall. He also reveals how the actor should be if anytime a biopic is made on him. Check out the video to know more. 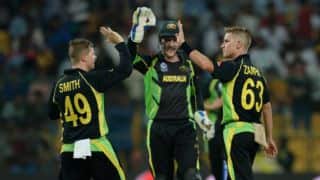