Martin Guptill, David Warner and Chris Gayle have been named in the top 20 players of 2015 by Lord’s.

Martin Guptill, David Warner and Chris Gayle have been named in the top 20 players of 2015 by Lord’s. Guptill has been named as the 19th best by the Lord’s Cricket ground official YouTube page for his outstanding performances in cricket. Also Read: James Anderson named the 20th best player of 2015 by Lord’s

Guptill’s run for the Kiwis too has been prolific which helped him earn accolades across the globe. HE was the highest run-scorer in the 2015 World Cup with 547 runs in his basket. He also holds the record for highest individual score in a World Cup for his squash buckling knock of 237 against West Indies in 2015 World Cup. With this knock he also became the first Kiwi to have scored a double century in ODI cricket.

Warner immaculate form has seen him at the 18th position. The left-handed Australian has been in a dream form at the moment. He gained the seventh rank in the ICC Test batsman rankings. In the recently concluded Test series against New Zealand he also brought up his finest knock in Test cricket when he scored a smashing 253. He also achieved a great milestone when he became the third batsman to score centuries in both the innings of a Test match on three occasions.

Gayle has been ranked as 19th best and is currently standing at fifth position in the ICC Twenty20 International (T20I) batting rankings. He scored a scintillating 215 which was the highest innings score by any batsman in a World Cup, which was later surpassed by Guptill. He is also the only player to have scored a triple century in Test cricket, a double in One-Day International (ODI) cricket and T20 format. He also shattered the record for maximum amount of sixes hit in World Cup when he plundered 26 massive sixes in the 2015 edition. 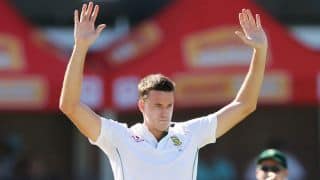 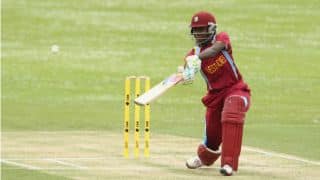